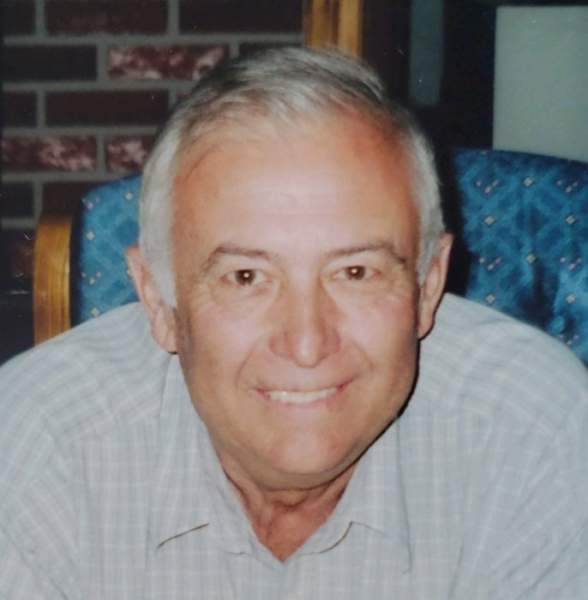 In the early hours of Sunday, April 26, 2020, Willie Penner, loving husband and father passed away at the age of 78. While we are deeply saddened by his passing, we are also profoundly thankful that he is in a place where pain and sorrow are no more. On his final night, the family surrounded his bed with singing and love as he struggled with his final breaths.

Willie was born on August 20, 1941 in Namiquipa, Mexico to Martin and Agatha Penner. He was predeceased by both parents and his younger brother Dave. He will be sadly missed by his wife, Roseline, his children, Leanna (Bob) Reimer, Harvey (Rhonda) Penner, Emily (Adam) MacDonald and his grandchildren: Shoshannah Reimer, Desiree Reimer, Nathaniel Penner, Rebecca (Tyson) Unger, Matthew Penner, Rachel Penner, Sophie MacDonald, William MacDonald, and Amy Grace MacDonald. Also left to mourn his passing are his sister Anna, brother Arnold, Rose’s siblings, and many nieces and nephews.

Willie’s growing up years were spent on the Sommerfeld Colony in Santa Clara, Mexico where he went to school and helped on the family farm. Willie was raised in a home where meals were always willingly provided to those in need and where faith in God was of high importance. Willie worked hard to pass these values on to his family.

On January 13, 1963, Dad married Roseline Reimer of the Quellen Colony where he joined the Kleine Gemeinde church. In those days, Willie worked as a truck driver, frequently travelling to the city of Chihuahua. Although German was the language in his home and on the colony, Willie learned to communicate very well in Spanish. His children picked up a bit of the language and came to love Mexican culture. Over the years many trips were made back to Mexico – both to the Mennonite Colonies and places like Puerto Vallarta and Cancun.

On one trip Willie and Rose, together with their adult children, took a driving holiday across the top of Mexico starting at Brownsville, Texas, on to Cuauhtemoc and finally to the Mennonite colonies. This turned out to be a true Mexican adventure with major roads becoming bumpy, pothole filled, dirt tracks. Not many would have attempted driving across a remote part of Mexico, spending days in unfamiliar places, bumping along at 10 km/h but Willie’s Spanish and understanding of the culture made for a trip that the family would never forget.

Willie and Rose joined Willie’s parents in moving to Manitoba in 1966. Their oldest two children were young babies and times were not easy. The family started a dairy farm where Willie was faced with learning another language, English. A mix of Plaut Dietsch and English was spoken in the homes for years, with Spanish exclamations thrown into the mix. Farming was not Willie’s first love but he had excellent mechanical skills. These abilities made him the go-to guy when farm machinery broke down. Working on engines and rebuilding motors came naturally to him.

Willie and Rose would eventually move off the farm in 1992 and together they spent many years trucking together for Penner International. Life on the truck allowed them to work together and see many parts of Canada and the U.S. Willie was always happy to take on the more difficult parts of driving or the jobs that were hard for Rose. In fact, in 57 years of marriage, Rose had never filled a car or truck with gasoline. This was his very practical way of showing love. In the same way, when his children needed help with cars or to be pulled out of a ditch in winter, there was never any complaining. He only ever cared that his family was safe.

The funeral service for Willie H. Penner will be held at Crossings Funeral Care on Thursday, April 30 at 2:00 PM. Viewing will take place at Crossings Funeral Care from 10 AM to 1 PM prior to the service. Due to Covid-19, social distancing rules will be followed and only 10 people will be allowed in at one time. The 10-person service will be live streamed and can be accessed in the parking lot or from home. A private family burial will take place at Ridgewood Evangelical Mennonite Church following the service.

The family wishes to extend a sincere thank you to Dr. Curtis Krahn, the staff at the Bethesda Regional Health Centre and Cancer Care Manitoba, for loving care during Willie’s last days.

In lieu of flowers, donations may be made to Cancer Care Manitoba in Steinbach.

To order memorial trees or send flowers to the family in memory of Willie Penner, please visit our flower store.