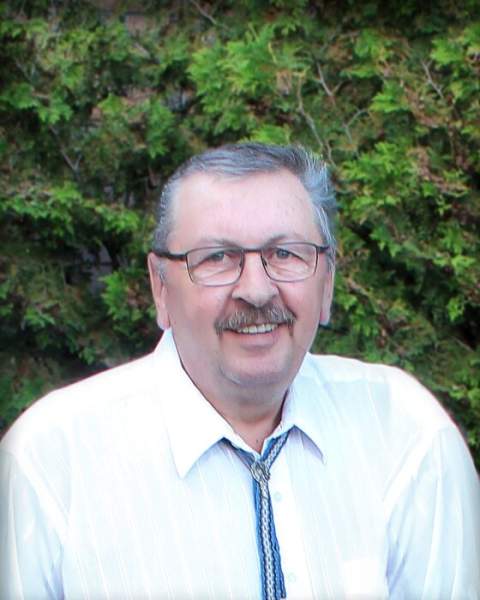 In loving memory of Wilfried Zimmermann, age 68, who passed away suddenly on Tuesday, February 16, 2021 at the De Salaberry District Health Centre.

Wilfried was born on November 13, 1952 in Waldkatzenbach, Germany. He followed in the footsteps of his father, growing up and becoming a master butcher in 1972.  Wilfried met the love of his life, Gudrun and they married in 1974. Together they raised two children. As a family they moved to Canada in 1995 to follow his other passion which was dairy farming. In 1999, Wilfried, Gudrun and their son Marc moved to Rocky Mountain House, AB to take ownership of a butcher shop which they owned and operated for the next 4 years. In 2003 he moved his family back to Manitoba and followed his third passion, trucking. He was an owner operator with Funk's Livestock. In 2007, he followed his fourth passion, cooking, and together he and Gudrun purchased Oma’s Schnitzel Stube in St Pierre-Jolys, which they continued to operate until the spring of 2020. In his retirement, Wilfried was looking forward to going back to his roots of butchering for his family and friends. Wilfried had many passions and followed his dream where ever his life’s journey took him. He will be sadly missed by his family and those who knew and loved him.

The family would like to extend a special thank you to Dr. Kiani, Dr. Reimer, the staff at the Steinbach Community CancerCare, the De Salaberry District Health Centre and the Homecare staff who took great care of Wilfried over the past year.

As per Wilfried’s wishes, cremation will take place and a private celebration of life will be planned when it is safe to do so.

In lieu of flowers donations may be made to CancerCare Manitoba Foundation.

To order memorial trees or send flowers to the family in memory of Wilfried Zimmermann, please visit our flower store.