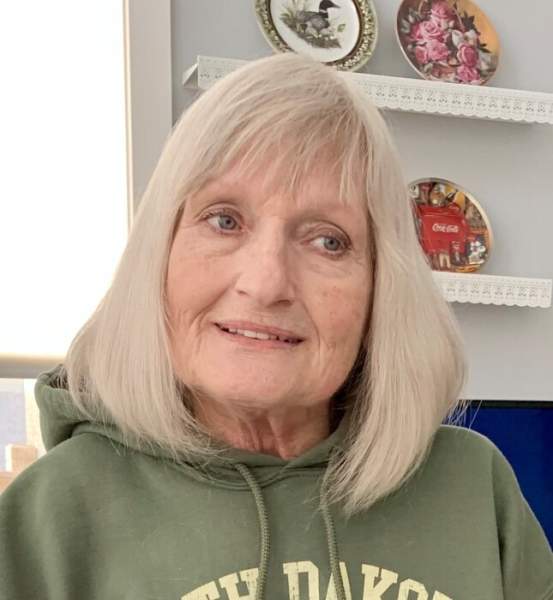 Suddenly, on June 2, 2021, our much beloved wife, mother, grandmother and aunt Tina, went home to her Heavenly Father, after a life-long struggle with Rheumatoid Arthritis.

She was predeceased by her parents, Artur and Anna Pauls, her grandmothers, grandfathers, and cousins Harry Reimer and Katie Booey.

Born in Halbstadt, Paraguay, Tina spent her early years never seeing a winter. When the family immigrated to Canada in 1956, Tina got her first taste of snow. Her first English words were “shut up”, taught to her by an obliging little neighbor boy. She grew up in North Kildonan, graduating from River East Collegiate in 1969, and the University of Manitoba, with a Diploma in Education in 1971. Brian and Tina met at university in the fall of 1970. It was an immediate mutual attraction and they married on July 15, 1972.

Tina loved children and taught primary grades until her arthritis interrupted her life. Being a strong and determined person, she continued to teach when she was able to work around surgeries and long hospitalizations. She also took care of her two children and husband, always considering the well-being of others before herself.

Brian and Tina travelled as her illness would allow; she spent several months in Europe in 1970, and travelled with Brian to Mexico, the US and Hawaii, and of course, many trips in Canada.  Tina rarely mentioned her pain, which plagued her constantly. Her beautiful warm and gentle nature touched the lives of all fortunate enough to know her, giving them her positive energy, and ear for their issues and her prayers for their struggles. We all miss her terribly already but take solace in the knowledge of her deep Christianity and in knowing that she now can run again, pain free.

One year, while on a six-week trip through the United States, Brian and Tina visited the Hollywood Cemetery in Richmond Virginia. One grave marker belonging to a widow of the American Civil War, stood out and the inscription read “And she went about doing good”. This simple phrase, drawn from Acts 10:38, affected Tina deeply and, we believe, was a perfect summary of her life, too.

Rest well, our dear and precious Tina, until we see each other again.

A private Memorial Service will be held Saturday, June 26, 2021 at 2pm, at Crossings Funeral Care. The service will be livestreamed for family and friends.

To order memorial trees or send flowers to the family in memory of Tina McCarroll, please visit our flower store.