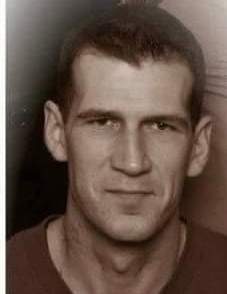 In passing he leaves to mourn his children; Jordan (Danielle), their daughter Aidyn, Ashton (Carissa), their son Asher, Jazmyn, Kylie, and Lealah; his sister Jen (Kris), their children Seth, Caiden, Hailey; his sister Jessica, her children Desarae, Dominic, Mackenna, Kierstyn, Emily, and Kevyn; his sister Noelle (Justin), their children Madison, Jackson, Arabella, Zander, Bruce, and his parents Leo, and Debbie Lajeunesse, and numerous others. He is predeceased by his grandparents Arman and Gabrielle Lajeunesse; and Audrey Wolanski.

He could be described as a very caring and selfless person who always tried to help to the best of his abilities. It was also said that he was great with children. Despite his life choices and the difficult decision to leave everything behind in Manitoba back in around 2009, he is, and always will be very loved and missed.

The family would like to thank the staff at the Abbotsford Regional Hospital and Abbotsford Police for all of their efforts. As well as everyone for their kind words and contributions.


His Celebration of Life will take place at a later date.

To order memorial trees or send flowers to the family in memory of Ryan Lajeunesse, please visit our flower store.