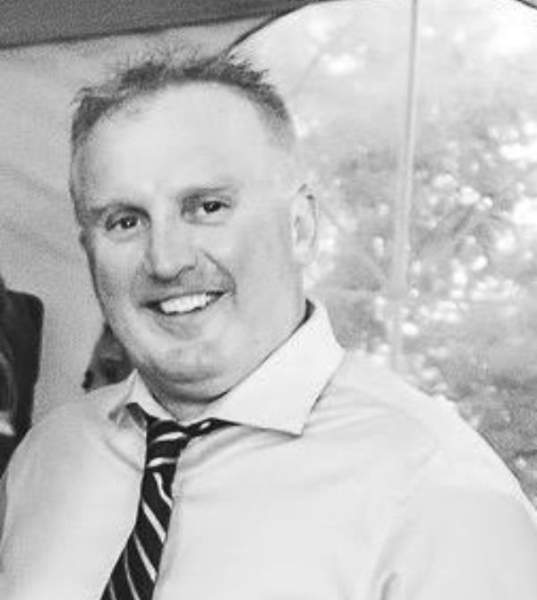 It is with deep sorrow and sadness that the family announces the unexpected passing of their father, Neal Stoesz, age 52, on Friday May 27th, 2022, at the Saint Boniface Hospital, after a brief battle with Burkitt’s Lymphoma.

He was predeceased by his father, Cornelius, grandparents Armand and Jeanne Tougas, George and Helena Stoesz and sister-in-law Joanne.

Neal was born on September 2nd in Winnipeg, MB to Yolande and Cornelius Stoesz and older brother, Paul. Neal went to elementary and high school in Ste. Anne, graduating from the Ste. Anne Collegiate in 1987. His first job was at Ste. Anne Sundries as a cashier. He then went on to work at River Oaks Golf Course as Assistant Superintendent in Winnipeg, and later became the Superintendent at La Verendrye Golf Course in Labroquerie. He then became a Red Seal Millwright in 2001 and employee of MB Hydro past 25 years, lastly as Mechanical Tech Supervisor. Neal lived for hockey, growing up playing minor hockey in Ste. Anne, Steinbach and Labroquerie. He continued playing Sr. Hockey where he goaltended for the Labroquerie Habs from 1997-2005, Ste. Anne Aces from 2005-2010 then back to Labroquerie in 2011-2012 where they retired his Habs jersey. He won championships in 1998-1999, 2001-2002, 2002-2003 and 2007-2008 and won many HTHL league “Most Valuable Goaltender” awards. Neal was President of the Ste. Anne Minor Hockey Association for 9 years, VP of the Eastman Minor Hockey Association for 2 years.  He started his coaching career in 2007 in Ste. Anne where hundreds of kiddos were blessed with his hockey knowledge and mentorship but was still waiting for the call from the Montreal Canadiens! In October of 2021, Neal made his reffing debut in Ste. Anne, with hopes of making the big leagues. Unfortunately, the kids on the ice had to remind him of the rules! He also loved golf, camping, wings and always worked to make everything around him “gooder”. Neal was always one to lend a hand, and never short on jokes or wit. Neal was a true icon in his community, often loyal to a fault but nothing made him prouder than his children.

The “Kiddo 35 Foundation” has been created in memory of Neal to assist less fortunate families within the Eastman region, so kids can stay in sports.

The family would like to extend their appreciation to the staff in the Medical Intensive Care Unit (MICU) at the Saint Boniface Hospital for their kindness and compassion towards Neal and his family.

In lieu of flowers, donations can be made to the “Kiddo 35 Foundation” in honour of Neal Stoesz.

Donations can be made by cash (Caisse Financial Group) or E-transfer (kiddo35foundation@gmail.com).