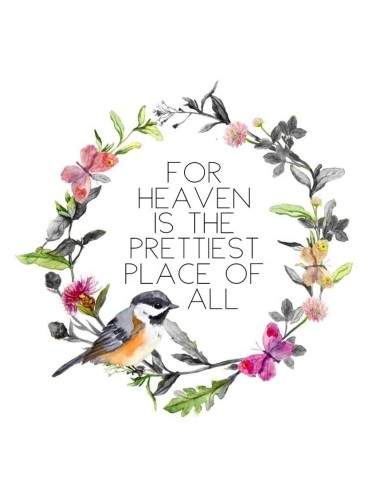 LuEtta Wiebe Toews was born on February 7, 1929, to Nick and Helena Wiebe at home in Lehigh, Kansas. On January 10, 2022, shortly before her 93rd birthday, the angels carried her Home.

On the confession of her faith, she was baptized on May 17, 1942, by Min. John Becker into the Church of God in Christ, Mennonite, at Hillsboro, Kansas. She had a quiet trusting faith and was an example to us, expressing concern for her children and grandchildren.

LuEtta was one of four girls and had a happy childhood on the family farm. After 8 years in a one room country school, she became interested in a nursing career. She worked at the Mercy and Hillsboro Hospital until she married our dad, Levi Toews, on October 25, 1953.

Their first winter together was spent in a bush camp near Contour, Manitoba. They lived in the Greenland area until 1965, when they relocated to a farm along the Birch River near Elma, Manitoba, where they raised their family of nine.

Mom was known for her green thumb, having a large vegetable garden, many beautiful flowers, a well-kept yard, and an abundance of houseplants. She enjoyed sewing doll clothes as a young girl, developing skills she used throughout her life, clothing her family, and meticulously patching countless pairs of jeans. After her family was grown, Mom put this same talent and care into exquisitely pieced quilts that are treasured by all who received them. Attendance and involvement in the Sewing Circle was always important to her.

Upon retirement, Mom and Dad built a new home just south of Elma. In 2002, they volunteered their time as house parents at a CPS unit in Montreal, Quebec. Mom always valued the connection with their unit boys.

Following Dad’s death in 2006, Mom stoically faced life alone. She moved into the Maplewood Manor Suites in the fall of 2016. Because of her declining health, she spent her last four months in full care. We as a family would like to express our deepest gratitude to all the caregivers who made a difference in Mom’s life.

Left with precious memories are her children: Shirley Penner, Gilbert and LaVonne, all of Whitemouth, MB; Rod and Marilyn, Elma, Manitoba; Barb and Dewey Penner, Faunsdale, Alabama; John and Ramona, Ken and Deanna, Ron and Irma, Kim Penner, all of Elma; Henry and Cindy, Albertville, Alabama; 47 grandchildren; 26 great-grandchildren; one sister-in-law, Caroline Toews Penner, Steinbach, Manitoba; and her nieces and nephews. Welcoming her on the other side: her beloved husband, Levi Toews; cherished daughter, Helena Penner; son-in-law, Earl Penner; her parents, three sisters, and two brothers-in-law.

The funeral service will be held on Friday, January 14, 2022, 10:30 AM at the Whitemouth Church of God in Christ, with viewing one hour prior to the service. The family invites those unable to attend to listen to the funeral service, use the link: listentochurch.com/listen/whitemouth or call 1(515)724-0004

To send flowers to the family in memory of LuEtta Toews, please visit our flower store.
Open