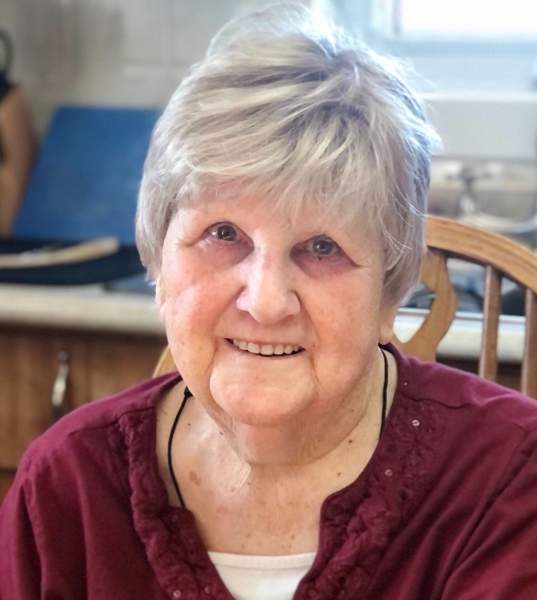 Peacefully, with her family at her side, Mom passed away on March 31 2022, at the age of 85. She was predeceased by her beloved husband of 56 years, Matt in 2014, her son Lionel in 2020; brothers Lyle, Walter, Jerry and Lynn Spicer; brothers and sisters-in-law Bernice Spicer, John, Dorothy, Marion and Marika Alexiuk, Peter Yarmie and Ed Genik, and nephew Allan Alexiuk.

Loraine was born in Melville, SK on December 10, 1936. She moved with her parents Ann and Herb Spicer to Vassar, MB at a young age. When her mother passed away at the young age of 45, Loraine left her job at a resort in Nestor Falls, ON, to return home and help raise her eight younger siblings. A few years later, she met Matt at a local dance and after a brief courtship, they were married on May 31, 1958. The newlyweds moved in with Matt’s parents on the family farm near Sundown.

Living with her in-laws for the first few years of her marriage, Loraine quickly learned to speak Ukrainian and how to do various farm wife duties, all while taking care of her first two small children. Canning, pickling, gardening, milking cows by hand, butchering chickens, making homemade butter and bread and even driving a tractor are all skills Loraine amassed in the first few years of her married life. Later she and Matt moved into their own home where they were kept busy, welcoming three more children.

In later years, Loraine worked outside the home with the Tree Planting Service and in the kitchen at the Vita Personal Care Home. Loraine was a member of St. Peter and St. Paul Ukrainian Orthodox Church and the Ukrainian Women’s Association of Sundown, where she pinched thousands of perogies over the years for their annual Fall Suppers.

Loraine became a Baba for the first time in 1982.  She was later blessed with the joy of four more grandchildren and two great grandchildren. In their later years, Matt and Loraine traveled on a few trips around Canada, mostly visiting family. After Matt’s passing, Loraine stayed active with her gardening, embroidery, baking and making perogies, holubtsi and preserves. She also began attending group activities in Vita, which she thoroughly enjoyed.

In late 2019, Karen moved home to help her mom when she was diagnosed with lung cancer. The loss of her son in 2020 and the cancertook a large toll on her body and spirit. Mom/Baba will be remembered as a kind gentle soul with open arms for a welcoming warm hug whenever we came home. This is not good-bye but a farewell until we meet again.

The family would like to thank Dr. Rathod and Nurse Shelli Falconer from Cancer Care Manitoba as well as her Home Care aids, and all the staff from the Bethesda Regional Health Centre for making Mom’s last hours comfortable.

The funeral service for Loraine Alexiuk will be held on Wednesday, April 6, 2022 at 11:00 a.m. at Crossings Funeral Care, Steinbach, MB. The viewing will be take place prior to the service at 10:00 am. For those unable to attend the family invites you to join them through livestream.

In lieu of flowers, donations in memory of Loraine may be made to the CancerCare Manitoba Foundation or St. Peter and St. Paul Ukrainian Orthodox Church of Sundown, PO Box 24, Sundown, Manitoba R0A 2C0