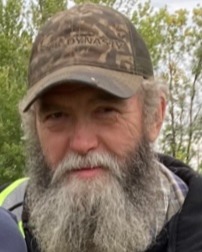 Leonard (Luke) Doerksen, age 64, passed away unexpectedly, yet peacefully on Thursday, December 29, 2022, at his home in Niverville, MB.

He was predeceased by his parents, John and Eva Doerksen.

Leonard John Doerksen, known as Luke, was born January 25, 1958, to John and Eva Doerksen in St. Pierre, MB. Luke grew up on the farm near Ile Des Chenes being the second oldest of six siblings with two sisters and three brothers. By 8 years old he was helping on the family farm. This was the start of his motivated work ethic.

The Doerksen family attended the Niverville CMC church, where Luke was baptized on June 7th, 1981. He married Leona on July 25, 1981. They were blessed with 4 children and 10 grandchildren.

Since the age of 18, Luke drove truck for various companies. In 1983, Luke and Leona purchased their first semi-truck, becoming self-employed, and establishing Luke’s Trucking. Luke’s Trucking contributed to hauling grain, fertilizer, sugar beets, gravel, livestock, liquid tankers and much more over the years. He truly enjoyed hauling grain for local farmers, and still did this up until December 2022.

Luke was blessed to have Leona as his wife for 41 years. They spent many summers camping, boating, and going on road trips. Luke enjoyed being out on the boat, doing water sports and fishing with his family. In his later years, he preferred to stay at the campsite to cook by the fireside.

He also played guitar and sang, most of his life. When his daughter, Larissa, showed interest in learning the violin, he took lessons with her. They blessed many church services with their learned skills in the following years.

Luke also enjoyed hunting, skeet shooting, and any other outdoor activity. In fall, he loved to go to the bush to cut trees for firewood. Wood working was another thing that Luke took pleasure in. He would build anything from small school projects with his children, to full size furniture. You could also name eating as a much-loved hobby. Luke loved food like kielke and schmoantfat, perogies, cookies, cinnamon buns, Christmas fruit cake, brownies, waffles, along with any other type of breakfast food. He liked toast with his jam rather than jam with his toast.

Luke was a great teacher. He taught his family to love Jesus, to work hard, and other valuable life skills. He was a do it yourself type of man. Through that, we learned many things, including repairing vehicles and renovating the house. He took time to teach others how to operate equipment, drive cars and trucks.

Luke will be remembered for his kind heart, gentleness, his commitment to the church, and his ongoing hospitality. He enjoyed having people stop in at any time of day; staying as long as they’d like. He had endless patience in raising his children, as well as with his business employees. He’s a man that left a great legacy.

A visitation viewing will be held from 6:30 – 8:30 pm on Tuesday, January 10, 2023, at Crossings Funeral Care in Steinbach, MB. The funeral service will be held at 11:00 am on Wednesday, January 11, 2023, at the Bothwell Christian Fellowship in New Bothwell, MB, with viewing 1 hour prior to the service. Interment will take place at Hespeler Cemetery in Niverville, MB following the service. For those unable to attend, the family invites you to join them through livestream.

To view the livestream please select the link here.

The family thanks you for your thoughts and prayers through this difficult time.

To send flowers to the family in memory of Leonard (Luke) Doerksen, please visit our flower store.