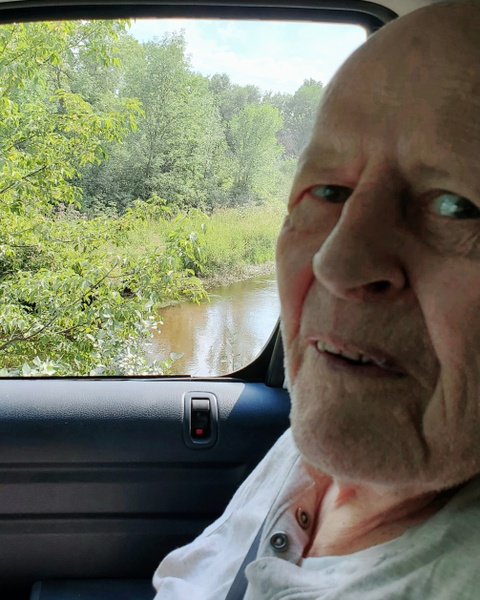 On October 9, at 5:25 in the afternoon, a prodigal son was welcomed home by his father Peter, his mother Helena, his brothers Frank and Peter, many old friends and neighbours and most importantly, by his Lord and his Redeemer, Jesus Christ.

He is survived by his wife Audrey, his children John (Liesa) and Anita (Peter), and grandchildren Shae, Kiana, Tosca, Ellington and Bruckner. He is also survived by his sisters Anne Collie and Agnes Dyck, his parents-in-law, Henry and Helen Poetker, sisters-in-law Laurie (Paul), Judy (Erwin), Sharon (Ian); brothers-in-law Henry (Lisa), Gary (Sherisse), Ron (Crystal) and his sister-in-law Karen (Curt). He is also survived by many nieces and nephews.

Jack was born on April 14, 1931, in the RM of De Salaberry and spent his formative years in Grunthal. He graduated from the Mennonite Collegiate Institute and then went on to United College in Winnipeg, whereupon he answered an ad for an English teacher at a German gymnasium in Kassel. Here he received his teaching certificate, beginning his lifelong love affair with all things German. His gymnasium teaching experience in turn led to his attending the Phillips University of Marburg, writing his PhD thesis on Mennonite Low German. He returned to Canada in 1961 and began teaching at United College, later to become the University of Winnipeg. Here, he became the Dean of the German Department, and spent time as a Board Member of the Manitoba Arts Council and as President of the Winnipeg Symphony Orchestra.

Jack was a force of nature. Few who met him forgot him. As a raconteur he had no equals but it was Mennonite Low German that was his all-consuming passion.  Although he left Grunthal for wider pastures at an early age, his imagination remained there, washed by the waters of the Joubert Creek that flowed through the family farm, colouring his thoughts and every story. He was through and through a Grunthal boy, a Mennonite, a Russlenda.

In 1991, Jack and Audrey married, and after a brief stint teaching in Jena, Germany, moved to the farm in New Bothwell where Jack had a hard time adjusting to the idea that Bothwellers didn’t necessarily consider Grunthal to be the centre of the universe. Here he also tried his hand at raising wild boar, this venture only gaining him loose pigs and angry neighbours. New Bothwell was also the place where Jack began and completed his first comprehensive Low German dictionary in 1999. In 2003 the University of Wisconsin published a second, more comprehensive version. This was followed by yet another version in 2019.

In 2014 Jack returned to the church in which he was baptised as a youth, the Elim Mennonite Church. The prodigal son had begun his journey back to the Father. As his health began deteriorating in 2016, and that year and the next brought frequent health scares and hospitalisations, the Unser Vater prayer, the 23rd Psalm and Psalm 139, his mother’s favourite psalm, began making their appearance in prayer.  Prayer became a nightly habit in which he prayed for his church, for his wife, for his children and grandchildren, for his in-laws, for Ukraine, and for his friends by name. He expressed remorse for past transgressions and called Jesus Christ his “Lord and his Redeemer.”

An extrovert, he endured the isolation of the pandemic gracefully, taking the opportunity to read many books on his “pad” as he called it. As restrictions lifted and his mobility decreased, his days were brightened by many friends. Two of his Stammtisch friends were present to help him celebrate his 91st birthday. Mention must be made of his best friend Dennis Guenther who came and stayed with Jack so faithfully.  When Jack turned inward and had few words in his last few days, Dennis sat beside Jack and held his hand. Jack’s wish was to die at home, but this turned out not to be possible. The day before he passed, he received Communion in the hospital. On October 9th, he was gathered to his people.

A viewing will be held from 6:30 – 8:00 pm on Thursday, October 20, 2022 at Crossings Funeral Care in Steinbach. A funeral service will be held at 2:00pm on October 21st at the Elim Mennonite Church in Grunthal. The family invites those who are unable to attend the service in person to join the livestreamed service here. Interment will be at the Grunthal Cemetery, following the service. A lunch will follow in the Elim Church reception hall.

To send flowers to the family in memory of John (Jack) Peter Thiessen, please visit our flower store.