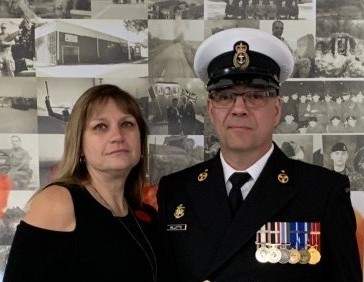 It is with profound sadness that the family announces the sudden passing of Jean-Pierre Millette, on Thursday, January 9, 2020.

Jean-Pierre will be sadly missed and lovingly remembered by his wife, Manon Harvey.  He will also be missed by son Alexander and wife Gael, who are expecting their first child; as well as his daughter Emilie and her husband Marc, along with his first grandchild Automn. JP will also be missed and remembered by Cassandra Page (step-daughter) and her brother Frederick Page; Also left to cherish his memory are his mother Anita Millette and her partner Marcel Pellerin. Jean-Pierre was predeceased by his father Laurent Millette.

JP as he was known by his friends was born August 11, 1967 in Montreal, Qc, Canada. He was lovingly raised by Anita and Laurent Millette. While growing up he was very close to his parents often telling stories about working with his dad and helping his mother in the garden as a teenager.  This was a passion that he kept through his adult life. He also enjoyed quilting with his Mother who has admitted in the past that by the end he was better at it then she was. In the winter he would set out hare collars and fish in the summer to help keep fresh food on the table. JP always credited his Mother with keeping him on the right path and always being strict with him. The closeness and caring of their relationship were always evident.

After high school JP went to CEGEP for a semester in the computer studies program but quickly decided it was not for him. In 1985 the Canadian Navy was in need of personnel and JP was proud to answer the call. He did his basic training in St Jean sur le Richelieu and from there went on to his first posting in Halifax aboard the Skinna. Jean-Pierre spent most of his exemplary 30-year career in Halifax, 7 years of which were spent at sea (not including days at port in many different countries).  He was a military man through and through and was incredibly proud to be in The Forces. A few of the missions that left the biggest mark on him over the 30 years of taking part in rescue missions and boarding parties all over the world were:

His most cherished posting was as an engineer on the Bluenose and he would reminisce about being able to dock her a few times during the posting to anyone who would listen. But who could help but listen when he would get that crooked grin across his face. You always knew that story would be a great one.

JP retired from the military in 2015 as a Petty Officer First Class to join his partner Manon in Manitoba. And while the transition to the civilian world was challenging for him, he never let go of his zest for life. He took the time to develop his love for golf, curling, and fishing and even developed a new love for horses through Manon and Cassandra. While old injuries prevented him from riding, he quickly became a staple around the barn and a horse favorite with treats and caring pats always at the ready.

While JP was enormously proud of his career with the military it was not without lasting trauma and a constant battle with PTSD. In 2018 JP found PTSD Projects Canada Support groups and was blown away by the amount of support and comfort they gave him. He had found people that could relate to him and that he could relate to.

In December of 2019 life gave Jean-Pierre the best gift of all, a grand-daughter. His trip to meet her was four days of sheer peace and joy. He said: “Quand je la tiens dans mes bras j’oublie tout.” Those four days were the best days of his adult life.

JP’s memory will be cherished by all those whose lives were touched by him.

A celebration of life for Jean-Pierre Millette, will be held at 2:00 pm on Saturday, January 25, 2020 at Crossings Funeral Care.

In lieu of flowers the family is requesting donations be made to PTSD Projects Canada Inc. 124 Hazelnut Drive, Kleefeld MB R0A 0V1, or by e-transfer to ptsdprojectscanada@gmail.com

To order memorial trees or send flowers to the family in memory of Jean-Pierre Millette, please visit our flower store.