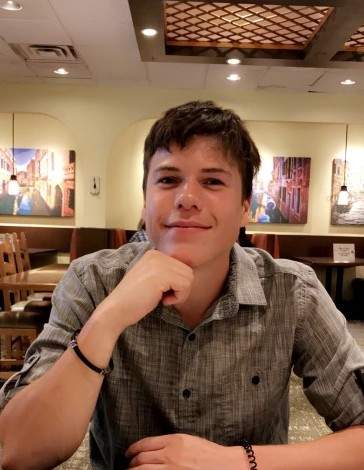 It is with heavy hearts the family announces the sudden passing of their beloved Jaydon.  He will be deeply missed by his mom, Shanna (Marty), twin brother Tyson (Taylor), newborn niece Brynlee Jayde Rose, sisters Destiny (Nick), Tyanna, Sarah, brother Miguel (Shelby), and his beloved Marie.   He will also be remembered by his father Tom (Ashley) and siblings Julius and Holly.  Jaydon was loved by all and will be sorely missed by his many friends, including but not limited to Daryl, Matt, Josh, Nick and Alexi.   He also leaves to mourn his Grandmas, Mickey, Tina (Henry) who he checked on regularly to make sure the ladies were okay.  Aunts, uncles, cousins, and the many more family and friends will miss Jaydon dearly.

Anyone who knew Jaydon, knows he loved to tell stories.  It is said that sometimes you couldn’t shut the kid up!  It wasn’t uncommon to hear the same story told several different ways.

Jaydon loved adventures. The family says he loved to fish, even though he never caught any – it still never stopped him.  This fall he went hunting and was quite excited that he got his first deer.  Jaydon loved to drive.  It didn’t matter if he was cruising on the quad or driving his car to nowhere in particular, he just loved to be behind the wheel.

Jaydon was a generous soul and was the type of guy who would give the shirt off his back.  He was always there to lend a helping hand.  A few months ago Nick, Riley, and Jaydon were out driving in bush trails when the three amigos got stuck.  They made a call to ‘the wives’ who at 3am quickly told their hubbies to walk home.  Apparently, Jaydon was quite petrified of the potential wolves that would have him for dinner. He swears he kept seeing eyes in the dark bushes.

He was known as a hard worker.  He worked three summers for the Manitoba Metis Federation under the summer student program.  He also worked for Patio World and Vandal Enterprises, which was hard laborious work but Jaydon loved it because he enjoyed being fit…..and muscular.

He was an ambitious young man and though he was only 18, he had future plans for a successful life.  Graduate, save up for a house, marry his Marie in five years, get a dog, and start of family of his own.  Jaydon was fantastic with children.  He could always be counted on to keep the kids occupied at gatherings.

It gives family peace to know that on Jaydon’s last day, he was doing what he loved.  Quadding and running with dogs.  Jaydon LOVED dogs!  We are sure that when Jaydon left this earth, he was welcomed with open arms by his Grandpa Pierre on the other side, along with his favorite pups Doug, Ella, and Tilly.  Jaydon and Grandpa Pierre are cracking cold ones in the heavens and having a spirited debate of Corona (Jay’s choice) versus Labatt Blue (Grandpa’s).

The family wishes to thank everyone for their condolences, prayers, and virtual hugs during this very difficult time.

A private family viewing will be held, followed by cremation. Jaydon will be laid to rest at a later date.

To order memorial trees or send flowers to the family in memory of Jaydon Gibbs, please visit our flower store.