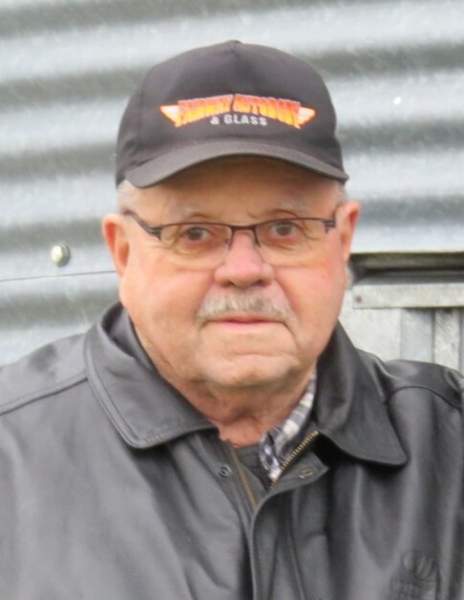 Jake Giesbrecht, age 79, of Steinbach passed to be with our heavenly father on Tuesday, December 1, 2020 at the Health Sciences Center. He is survived by his beloved wife Katharina (Tina); two sons, Brian (Janice), Murray (Cherida); one daughter, Ronda (Blaine); two grandchildren Jared and Kyle. He also leaves behind two sisters, one brother, two brothers in law, their families and many friends.

At the age of 15, Dad took his first job as a crimper in the sewing factory. By 16, he had moved on to working with cars at Loewen Chevrolet. He developed a passion for fixing cars that lasted his entire life. In the early 60's, he moved to Winnipeg and began working for Simpson transfer, delivering goods to both businesses and homes. It was in these years that he met Tina. They courted for a few years and on July 21, 1963 they were married. They made their first home in a small apartment on Winnipeg Ave. He then took a job at the flour mill in Winnipeg and soon after bought a house on Saddler Ave. and started a family. While living on Saddler Ave. he would spend his evenings fixing up old cars and often had a buyer before the car was even ready to go. Tina would never know what kind of car she would be driving and when one she liked would come along, it was sold in a flash. This extra money helped dad pay off the mortgage and in 1977 they built a house in Mitchell. He was working for Clark Transport driving to Winnipeg until 1979 when he decided to take on a new employment adventure with the Association for Community Living. He began by running the wood working shop at Kindale in the original building on Elmdale Street, then moving to the new building in the industrial park. When the opportunity to build a recycling plant came up, dad took on that task with renewed enthusiasm, first renovating an old building and a few years later planning and running Eastman Recycling Services, until his retirement. However, retirement was too boring for dad and he still drove the garbage truck for Pak-Man.

As our mother’s health began to deteriorate, dad realized that he would need to be home more and they made the decision to sell the house in Mitchell, move into a condo in Steinbach and fully retire.

Dad had a profound devotion and love for his family. He worked hard to provide for his wife and children, becoming a skilled businessman, being generous with his time, passing on bits of wisdom and advice (some of which we would take) and showing us that his love had no bounds. He was also so very proud of his grandsons and enjoyed spoiling them.

Dad enjoyed tinkering with cars, snowmobiling, four wheeling, fishing, camping, going to dances and most any activity that involved family and friends. When us kids were still living at home our parents would take us camping almost every weekend and even had a seasonal site at Falcon Lake for many years. Once we were older and Mitchell was getting bigger dad decided to build a cabin in Woodridge. That became a gathering place for our family until he sold it in 2018. Sitting still was something dad just couldn’t do and that was evident by the number of dances him and mom attended, including being part of the Daisy Chain square dancers for many years.

Good home cooking was something Dad could never pass up and he would show up at our homes on any given day for a meal and a visit. Our dad loved to sit and visit and could shoot the breeze for hours. While visiting he always enjoyed a cup of black coffee and having some treats, especially apple pie and oatmeal cookies.

We will forever miss him.

A private family funeral, LiveStreamed for the public, will be held on Monday, December 7, 2020 at 2:30 pm.

To order memorial trees or send flowers to the family in memory of Jacob (Jake) Giesbrecht, please visit our flower store.