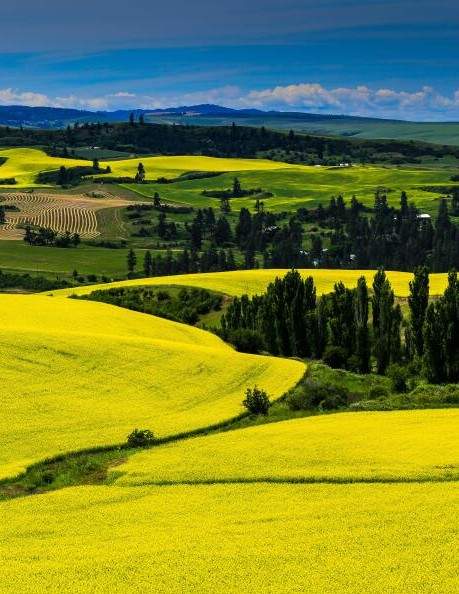 Our beloved father, grandfather and great-grandfather, Herbert Reimer, was born on August 24th, 1925 to Peter I. and Margaret Reimer at the home place, in the middle of the section, at Greenland, Manitoba.  He peacefully left this earth in the early morning hours of December 21, 2021 at Steinbach, Manitoba.  He reached the age of 96 years.

He was the sixth of seven children. He and his siblings learned responsibilities and Dad received his 9 years of education at the Montezuma School.

When Dad was 18 years old he gave his heart to God.  He was baptized into the Church of God in Christ, Mennonite on November 29, 1943.  His faith was dear to him all through the years.   A favorite guide of his was Psalm 91.

Several winters in his youth were spent in the bush camp in northern Ontario.

One day his eyes were opened to Ella Dueck, the girl who lived across the road.  They were married on January 29, 1950, a very cold winter day.  They shared 65 and a half years together until Mother passed away on July 27, 2015. Her passing left Dad very lonely.

Four daughters and seven sons were born to them while they lived and farmed in the Greenland, Manitoba area. Dad loved to play baseball with his children. He loved to work hard, with his motto being ‘idleness is the devil’s workshop’.  Dad’s large hands and heart always provided a good living for his growing family. When times were tough, he worked harder and trusted God more, knowing there would be a way. Their home was always open to those around needing shelter. Francis Szentkuti, a young man from Hungary came to stay with them for several years.  In 1977, the family relocated to the Cartwright, Manitoba area, rebuilding a neglected farm-site making many happy memories. When the Greenland Home was damaged by a tornado, Dad’s parents moved in. Uncle Arnold, Dad’s brother, also spent numerous years living with them.

Dad was aware of the spiritual and material needs of others, encouraging and helping wherever he could. Dad gave his time in various duties for the Church. He travelled up north to the Jackhead First Nations Reserve, for Bible school and services.  He served on the Greenland Home and school boards.  A highlight in their lives was the year spent in Nova Scotia, as CPS house parents.  These experiences filled their lives with many lasting friendships.  His adventurous spirit brought Dad and Mom all over the globe.  They loved to visit their children and relatives.

In 1993, Dad and Mom made the move to the town of Cartwright. After Mothers passing, Judy and Karen took care of Dad at home; later they spent much time with him while he lived at the Maplewood Manor, to where he moved in 2017. The family is very grateful for the loving care he received from the Maplewood Manor staff.

He was predeceased by his wife Ella, his parents, one step-grandson, three brothers and three sisters and their spouses and five brothers in-law and two sisters in-law of his wife’s family.

To order memorial trees or send flowers to the family in memory of Herbert Reimer, please visit our flower store.