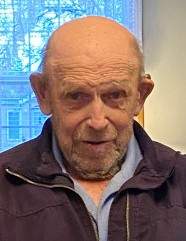 Sadly, we wish to announce the passing of our dear brother, brother-in-law, uncle, cousin, and friend.  Harvey died peacefully at the Bethesda Regional Health Centre on October 28, 2021 at the age of 90 years.

He was predeceased by his parents, Peter and Margaret (Penner) Janzen; two brothers, Peter (in infancy) and John in 1994.  Left to mourn are his sister, Margaret (Murray) Barkman; his nieces, Marcia Barkman and Krista Hiebert and her 3 children, Addison, Logan and Quinn; one nephew Scott (Sina) Barkman and their two children, Hunter and Mia.

Harvey was born on September 25, 1931 in the R.M. of St. Anne, Manitoba to parents Peter and Margaret Janzen.  At an early age Harvey was found to be suffering from hearing loss.  It was apparent that this affected him and his social interactions with others. As a result, it was often noted he was most comfortable playing by himself.  (In school, perhaps as a result of this hearing deficit, he was often harassed and bullied).  He attended the Ridgewood School for his elementary education and later in adulthood had the opportunity to achieve his status as a journeyman carpenter.  During this time, and for some years later, he was employed as a carpenter working mostly throughout Manitoba for local companies.

In the early 60's, when he was in his thirties, he was invited to join his brother John on the family farm where he remained until the farm was sold.  Harvey then returned to carpentry. For many years after he continued to ply his skill as a craftsman and although he slowed down as the years went by, he only stopped when his health began to take a toll on him physically.

Harvey had many interests and he pursued many of them.  His zeal for curling and golfing remained with him even as his health deteriorated.  In his younger years he would often procure licenses to go fishing, and deer hunting.  Harvey also had an interest in travel and travelled to many destinations, particularly in Central America.  He delighted in and regaled us with stories of his travels through the Mayan Peninsula and the Mayan Ruins.  Later he spent many winters in Barbados golfing to his heart's content.

Throughout his life Harvey did experience numerous serious accidents.  As a teenager, helping cut firewood, he caught his hand in the blade which hampered him the rest of his life.  Later, while on the farm during the sugar beet harvest, his arm was caught in a conveyor belt on the harvester which mangled his arm, which again left lasting effects.  As he aged, more health issues began to trouble him and he showed tremendous resiliency as he faced these hardships.  What provided him with much comfort was his increasing faith and trust in knowing God was present with him in all his times of pain and suffering and loneliness.  He especially appreciated a Bible Study group he was part of for many years in his later years.

The end came suddenly when all of his ailments seemed to converge simultaneously and he passed away peacefully.

We would like to extend our thanks to many who have supported Harvey in so many different ways. Many friends stepped forward and offered rides to do his shopping, to attend to medical appointments, and to attend his Bible study. He always appreciated company in his loneliness and we wish to thank all those who called or came to see him and to cheer him.

The time has come to say farewell to Harvey,
May the peace promised by the carpenter of Galilee now be fully yours.

A public come and go viewing will be held on Thursday, November 4, 2021 from 6:30 - 7:30 pm following current public health orders, masks will be required. A private funeral service, by invitation only, will be held at 2:00 PM on Friday, November 5, 2021 at Crossings Funeral Care.  The service will be available through livestream .

To order memorial trees or send flowers to the family in memory of Harvey Janzen, please visit our flower store.