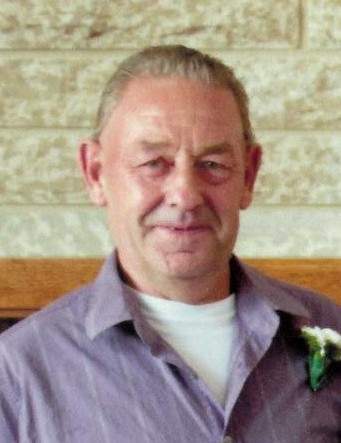 It is with heavy hearts that we announce the passing of Harry K. Banman of Steinbach, MB, formerly of New Bothwell, MB. He passed away peacefully with family by his side on the morning of Tuesday, December 8th, 2020 at Resthaven Nursing Home in Steinbach, MB.

He was predeceased by one great-grandson on December 18, 2015, and his parents earlier in life.

Harry and Leona were married on October 24, 1965 and lived most of their married life in New Bothwell, MB. When Harry’s health was failing, they moved to Steinbach, MB in 2016.

Harry was always a big sports player. Hockey was his favourite, but he also enjoyed baseball and deer hunting. He loved his cows, trying to raise purebred herds. Calving was his favourite time – seeing those little calves come to life and thrive.

He was very proud of his children and enjoyed spending time with his grandkids.

On July 7, 2019, Harry and Leona were baptized together, with family and friends to witness the joyous occasion.

“For God so loved the world that he gave is one and only son, that whosoever believes in him shall not parish, but have eternal life. For God did not send his son into the world to condemn the world, but to save the world through Him.” John 3:16‐17

A private family funeral service will be held on Monday, December 14, 2020 at 1:00pm. View the livestreamed service below.

To order memorial trees or send flowers to the family in memory of Harry Banman, please visit our flower store.