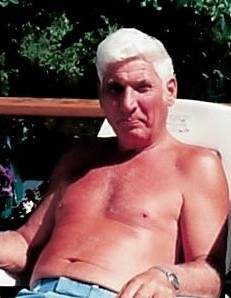 Peacefully, at the age of 80, surrounded by his family, Harald Herrmann lost his courageous fight with congestive heart failure, in the early hours of Friday, November 13, 2020.

Harald was lovingly cared for at home in his final days by his wife, Carol. His last moments were spent with his family and his four cats. Exactly how he wanted it. Sadly, his illness started in the middle of the Covid-19 pandemic of 2020.

Harald was known by most in his small town of St. Malo, MB, by his charming shock of wavy silver hair. Often, mistaken for his brother Ed of the same small town. He was nicknamed “The Silver Fox” in his younger days, referring to his silver hair, his silver Scorpion Whip snowmobile, and trademark silver and black snowmobile suit.

Harald was a “car guy” and would fix almost anything with his hands. He owned his first business “Ranchies Auto Center” on Notre Dame Ave., in his twenties. Made a name for himself with his detailing of “classic cars” and custom paint jobs. From Ranchies, he went on to open “Plessis Auto Center” in Transcona, in an effort to be closer to his home for his family. He owned that shop for several years.

After a few great seasons of snowmobiling with his brother Ed in St. Malo, Harald, Carol and Shawn fled the “big city” life. Firstly, buying a cabin, then selling the city house with a desire to build the home of their dreams right on the same lot, which Harald did. First designing, then with Carol, building the new home where they lived for the last 32 years. This is also where he took his last breath.

Once finished building the family home, he became part-owner of “The Parc Esso” station in St. Malo, where he worked with his brother Ed.  Tragedy struck when the family home was a casualty of “the Flood of the Century” in 1997, where he and Carol had to watch the flood waters ravage their beloved home. Not to be outdone, another blow, the Esso station, was a victim of arson in 1997 – and can still be seen on Crimestoppers Unsolved. Much more time, money and effort went into rebuilding the family home. Never one to sluff off, he then joined his brother Ed at Loewen Windows, in Steinbach, where he worked until his retirement in 2006.

Around the area in which he lived, the cottagers and “year-rounders” all knew Harald for how green his grass was. He always took such pride in his lawn and could often be seen on his riding mower with a silly grin on his face. In his later years, simpler pleasures took hold. Tubing in the Rat River, his house cats, his family, a beer in the sun on his beloved deck, a nap in his relaxing sunroom, a cat on his lap.

In the 80 years Harald was alive, he experienced the Second World War; the death of JFK, twice; the first moon landing; a total solar eclipse, at least once; the Berlin Wall coming down; the Flood of the Century; and the Covid-19 pandemic of 2020.

Today, his passing is the most tragic loss to his family. This was a man capable of great things, able to literally make something great out of junk, which he often had to do. This was a man who was the hero of his family, who as we write this, is missed greatly and who at the end was most concerned not of himself but of his wife’s future.

So today Harald, Dad, we say have a great journey, have a beer and come see us once in a while. We’ll have a Bud waiting.

As per his wishes and in accordance with Covid-19 protocol, no service will be held. Harald will be cremated and held close hereafter.

Harald, Dad, we love you. We miss you and will never forget what a great life you gave us.

To order memorial trees or send flowers to the family in memory of Harald Herrmann, please visit our flower store.