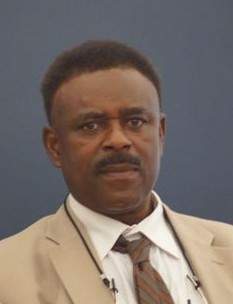 Peacefully with his family by his side, George Stapleton passed away at the Bethesda Regional Health Centre on Monday, November 11, 2019 at the age of 70 years.

He was predeceased by his parents Claristine and David Freeman in 2018, as well as his father and mother-in-law Gordon and Myrtle Penner.

George was born in Plymouth, Montserrat, and raised on the island of Nevis, West Indies. George met Sharon on the island of Nevis and immigrated to Canada in 1987. He worked as a custodian for Manitoba Hydro until his retirement in 2014. George loved his garden and flowers, yet when his grandchildren Wyatt and Eli were born, they became the focus of his affection. He will be truly missed by those who knew and loved him.

According to George’s wishes cremation has taken place and a private service will be held.

The family would like to express special thanks to Dr. Jessica Allen, the support staff, as well as the family and friends who came to the hospital to support them during this difficult time.

In lieu of flowers donations may be made in George’s memory to CancerCare Manitoba Foundation.

To order memorial trees or send flowers to the family in memory of George Stapleton, please visit our flower store.