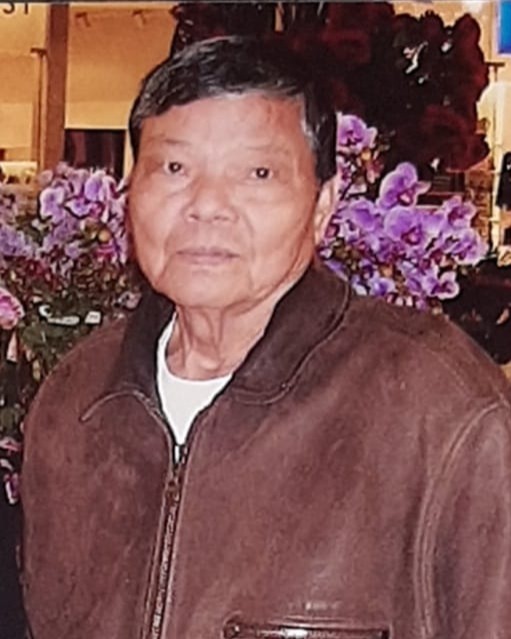 It is with heavy hearts that we announce the passing of our dear father, Felipe De Guzman Quintans, on December 16, 2022 at Grace Hospital at the age of 88 years.

Felipe was predeceased by his wife Terepinia Quintans in 1982 and his parents Antonia and Prodencio.

He will be sadly missed and lovingly remembered by his 6 children; Virginia Tedaka, Felipe Quintans Jr, Marilou Shagan, Tal Mualem, Efren Quintans and Janet Dueck. He will also be missed by his eight grandchildren, extended relatives and friends.

Felipe De Guzman Quintans was born on May 1, 1934 in Malasiqui, Pangasinan in the Philippines. He worked as a land surveyor during his career in the Philippines. He had a great love of movies and was known in his younger years to slip into the theater and spend a whole day watching movies. He moved to Canada in 2011 to be with his children Janet and Efren. During his time in Canada, he quickly amassed a large DVD collection of movies and his laughter was always heard as he was watching his movies. He also loved to spend time with his favorite dog Akiro, who could often be found together watching the movies.

As most of the family is overseas, we will be holding a memorial service in May 2023. A special thank you to the staff of Grace Hospital who treated him with kindness and dignity. Another special thank you to his son Efren who was the primary caregiver and provided Dad with all his needs throughout his time in Canada.

Thank you for those who supported us during this difficult time. Your kind thoughts and prayers are much appreciated.