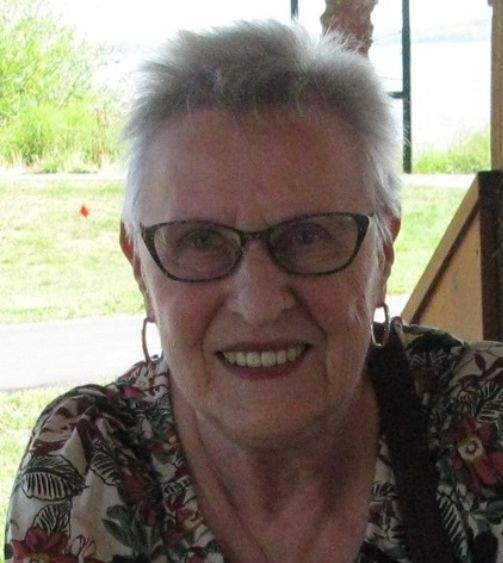 Peacefully, with family by her side, Evelyn Marie Bergen passed away at Bethesda Regional Health Centre on February 7, 2022, at the age of 84 years.

She was predeceased by her husband John, her son Roger, and her parents Henry and Katherine Funk.  Left to mourn are her daughter Eleanor (Robert), her son Russell (Karen), her grandsons Matthew (Gillian), Adam (Linh), three great grandsons Harrison, Benjamin, and Henry, and many friends and family.

Evelyn was born on March 7th, 1937, in the R.M. of Morris near Low Farm, Manitoba.  She grew up in a loving home with many siblings. She married John Bergen on February 17, 1957, where they moved into their first home in Steinbach, to start a family of their own. Visiting with family and friends, and hosting family gatherings were some of her greatest joys.

Evelyn worked as a telephone operator before she was married. She also spent time working at the Kindale Occupational Centre, and then for Dr. Eastwood, an optometrist. She also volunteered many hours to her church.

Although living a busy life, she eventually discovered her God given talent. It was found sitting countless hours behind a sewing machine crafting beautiful quilts. If quilting was an Olympic sport, she would have been on the podium to receive a medal. She lovingly made over 100 quilts and gave most of them away.

A private memorial service will be held on Wednesday, February 23, 2022, at 2 pm, at Crossings Funeral Care, 12E-40 North Gate Drive, Steinbach, MB. The family invites you to join them via Live Stream.

A special thank-you goes out to the nursing staff in the rehab unit at Bethesda Regional Health Centre for the tender care they gave Evelyn during her time there. Amanda, Cheryl, and Naava were instrumental in making sure that Evelyn was always as comfortable as possible.

In lieu of flowers, donations may be made to:

To send flowers to the family in memory of Evelyn Marie Bergen, please visit our flower store.
Open

Private Family Service, Family invites you to join them via Live Stream