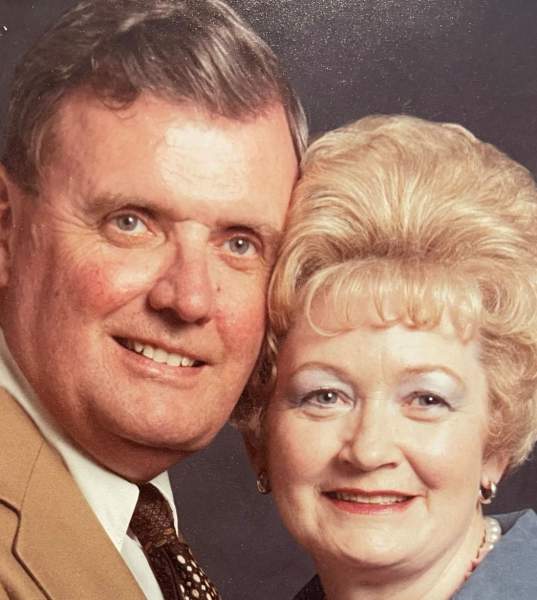 With great sadness, we mourn the loss of our beloved husband, father, grandfather, professor, and friend: Ernst “Ernie” Vogt.

Ernie is survived by his devoted wife of 56 years, Kathy; son Rick (Rae), daughter Lori (Ken); grand-daughter Judy; brother, Peter; and many loyal friends. Ernie was predeceased by his parents, Peter A. and Susanna Reimer Vogt, and brothers Arthur and Roy, and has since seen the passing of brothers Erich and John.

Ernie was born in Steinbach, Manitoba and lived in Manitoba for most of his life. In 1990, Ernie and wife Kathy retired to Victoria, BC and celebrated their golden wedding anniversary in 2001.

Ernie trained as an actuary, worked at Manufacturer’s Life Insurance early in his career, and became head of the department of Actuarial Mathematics at the University of Manitoba in 1958. At U of M, Ernie was a favourite among students and colleagues for his quick wit, sound advice and helpful manner. A loving son and brother, Ernie cared for his aged parents and assisted in the care of his brother Arthur and brother-in-law Victor, setting an example of compassion and dignity.

Although Ernie battled enormous lifelong health problems, he neither stopped fighting nor caring for others during his own trials. As a father, husband, and grandfather, few could hope to match his wisdom, capacity.

It is with sadness that we announce the death of our beloved mother and Oma, who passed away peacefully in Victoria, BC on September 10, 2021 to join her husband of 56 years (Ernie) in Heaven.

Kathy is survived by her treasured children, Lori (Ken) and Rick (Rae); cherished grandchild Jude; brothers, Victor and Harold Reimer, and many relatives and friends.

Kathy was born in Ukraine during Stalin's brutal consolidation of power, which left her fatherless at age eight and struggling to survive with her mother and brothers. Kathy's resilience was forged as she moved from country to country in her youth, learning new languages, manufacturing ball bearings in a German work camp, and later working as a housemaid to a Nazi commandant. Immigrating to Steinbach, Manitoba with her family in 1946, she met the love of her life while working in a local print shop, and they married in 1951.

Kathy's son Rick was born in Scarborough in 1952, and daughter Lori was born in Scarborough in 1957. During this time, Ernie trained as an actuary and became Head of Actuarial Mathematics and Statistics at the University of Manitoba in 1958. As the family lay roots in Winnipeg, Kathy became a devoted homemaker, skilled seamstress, and talented painter.

In 1990, Kathy and Ernie retired to Victoria, BC and celebrated their golden wedding anniversary in 2001. Kathy embraced her role as dedicated caregiver to husband Ernie, who lost his stoic battle with Crohn's disease and Parkinson's in 2008. In later life, Kathy enjoyed spending time at her daughter's farm, strolling the ocean's edge with friends, and visiting her son and grandchild in California. In her last decade of life, daughter Lori oversaw Kathy's care at St. Charles Manor, delighting her with berries and other treats from her farm.

We are humbled and grateful to you Oma, and to the caring staff at St. Charles, especially in your last weeks of life. Rest in peace with your beloved husband and both sets of parents.

A Graveside Service will be held at 11:30 am on Saturday, July 9, 2022 at the Steinbach Memorial Cemetery. Followed by a Celebration of Life reception at Crossings Funeral Care.

The family asks that you RSVP by emailing your name and the number of guests who plan on attending the service: rickliving@gmail.com.

To send flowers to the family in memory of Ernst and Kathy Vogt, please visit our flower store.