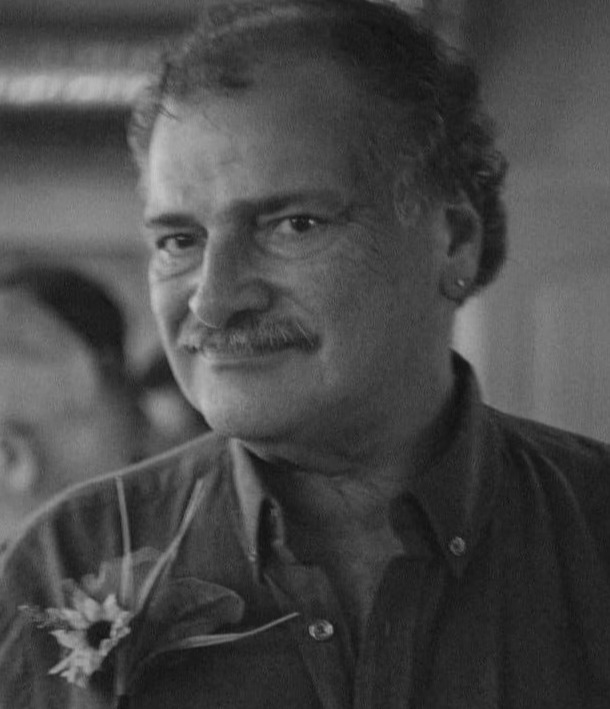 We've all been left with an Ed-sized hole in our hearts - but sharing stories and memories is how we fill it. Honor his memory by going forward in life and asking yourself, "what would Ed do?". Ed was always eager to help and would give you the shirt off his back if you need it. He was also the guy to give you a big bear hug, offer support, and be a shoulder to cry on. So now, who do we all go to? Now we lean on each other.

Ed was a very stubborn man, as many of you know. He did many things on his own time and no one could ever tell him what to do. His passing was no different. He retired at age 49, saying he was going to retire as soon as he could so he could take his time doing the things that made him happy and spend time with his family. He was a paramedic for over 20 years, and was in his 23rd year as a dispatcher with the Steinbach Fire Department. He also had a long history with St. John's Ambulance as a CPR and First Aid instructor.

Ed was happiest spending time with his family and many friends, camping in the motor home, hunting, and fishing at Birch Point. No matter the game, if there wasn't a trophy or a cash prize, he needed a lot of convincing that playing "just for fun" is, in fact, fun. We can confirm that there is no horseshoe up his ass and he was just that lucky at cards.

Other than all the countless friends who have become family over the years, Bev, Sherry (Derek), and Dana (Craig) also have Ed's mother Shirley, and two sisters Anette and Marcia (and their families), to carry them through this tough time. He was predeceased by his father Walter. Not to be forgotten are his four-legged lifetime companions, Tucker who we lost in 2015, and Kobi who was frequently seen with him playing in the dog park.

He battled with an infection in his toe for almost three years, and finally gave up the fight for peace and is now having the best sleep of his life. The family would like to extend a heartfelt thank you to everyone who shared their Ed stories, offered support, and brought food. Your support means a lot to us in this difficult time.

Cremation will follow, no formal service will be held.