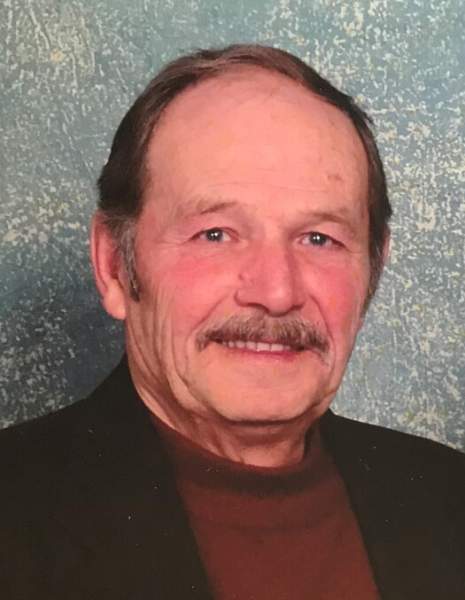 It is with heavy hearts that we announce the passing of Ed W. Friesen at the age of 83 years and 6 days at the Bethesda Regional Health Centre on February 28, 2021 after a brief illness.

Ed was predeceased by his son Luther, parents Cornelius M. and Maria Friesen and two brothers.

Dad was born February 22, 1938 on the family farm; section 32-8-5 in the RM of Tache. He was the second oldest of six children and grew up and attended school in New Bothwell.

In 1956, Dad drove his motorcycle to the Red and White Store in Silberfeld and there was a gorgeous, petite girl named Anna Rempel behind the counter selling Sweet Caps. The romance began and on a bitterly cold Grey Cup Saturday, November 29, 1958, Mom and Dad were married at the Steinbach C.M.C. church.

After numerous moves, Mom and Dad bought the old Loeppky farm just north of New Bothwell in the summer of 1969. The open space, responsibilities and rhythms of farming life was an ideal setting in which to raise seven children. Dad built a large machine shop; it was the heartbeat of life on the farm.

His curiosity for the mechanics of things, his penchant for tinkering, his innate ability to problem solve and his unwavering commitment to being resourceful when others would have long gone to the store and just purchased the part, were his trademarks.

In 1995, after 26 years on the farm, Mom and Dad moved to town. Retirement was in full swing. They built a small house, bought a camper van and a Gold Wing motorcycle. Dad started a new job as bus driver for the Hanover School Division. These were the golden years.

The fall of 2020 brought new health challenges which he faced with courage and grace. The family would like to thank the staff at Bethesda Regional Health Centre for the care and compassion they provided.

A public viewing, following Covid restriction guidelines, will be held on Saturday, March 6, 2021 from 1:00 - 4:30 pm at Crossings Funeral Care, 40 North Gate Drive, Hwy 12 N Steinbach, MB.  A private funeral service will be held at 2:00 pm on Sunday, March 7, 2021 with Livestream of the service available. Followed by a private interment at the Silberfeld CMC Cemetery.

To order memorial trees or send flowers to the family in memory of Ed Friesen, please visit our flower store.