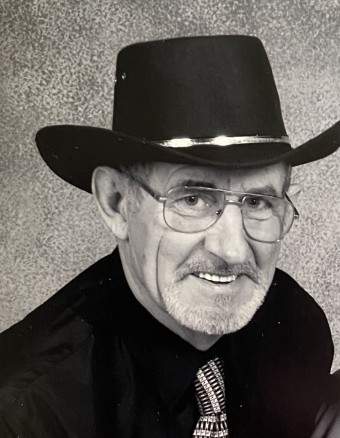 The family of Doug Reddekop would like to announce the sudden passing in the late afternoon of Wednesday, October 13, 2021.

Dad had resided at the Greendale Estate in Grunthal, MB., and had reached the age of 85.

Dad was predeceased by his sister Faye and son Elroy in infancy.

We would like to thank the caregivers of Greendale Estate in Grunthal, MB., for their loving care of Dad and everyone that spent time with him during his stay there.  He truly enjoyed all the visits and he especially enjoyed the treats that were brought to him, his all-time favorite being his McDonald’s cheeseburger and coffee.

Dad enjoyed singing country gospel music and playing his guitar, harmonica and wearing his black cowboy hat. He was a talented musician singer/songwriter. He enjoyed the outdoors and would often take a drive with his wife Doreen to Sandilands.

Dad is being cared for by Crossings Funeral Care, Steinbach, MB.

According to Doug's wishes, cremation will take place and a private family service will be held at a later date.

To order memorial trees or send flowers to the family in memory of Douglas Reddekop, please visit our flower store.