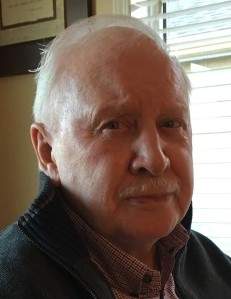 It is with sadness that the family announces the peaceful passing of Diedrich T. (Dick) Friesen on Wednesday December 23, 2020 at Rest Haven Nursing Home at the age of 80 years. Yet we rejoice and celebrate that his earthly journey is over and he is celebrating Christmas in the arms of his Savior.

Dick was predeceased by his parents David M. and Helen Friesen.

Dick was born and raised in Shakespeare, MB (near Landmark) on August 14, 1940. At a very young age it became apparent that he bled dirt and his love of the land lead him into his career as a farmer, which he did right up until his retirement in 2014.  On February 2, 1968 he married the love of his life Peggy and took on the task of transforming his small-town girl into a farmer’s wife. Together for the next 52 years, they raised 4 children on a farm near New Bothwell, creating many wonderful memories along the way. Dick was passionate about his family, his service to his church in Silberfeld, serving in various roles, ministering to others on a personal level, as well as serving as a delegate for the Food Grains Bank. The farm life allowed him the flexibility to serve in this capacity.

Dick was a dedicated husband, father, father-in-law and grandfather. His family’s personal relationship with Jesus was most important to him. This foundational truth brings peace to the family in knowing that they will celebrate together in heaven someday. Dick never said “goodbye”, he always said “we will see you later”.

The family would like to extend a special thanks to the staff and volunteers at Rest Haven Nursing Home, Dr. Andrew Cooke and his staff at Cancer Care Manitoba for the exceptional care and comfort they provided. As well as a huge thank you to those who uplifted Dick and Peggy and their family in prayer during his final years.

A private celebration of Dick’s life will be held at 2:00 pm on Wednesday, December 30, 2020 at Crossings Funeral Care, Steinbach, MB. The family would like to invite you to participate in the service via live stream . Dick will be laid to rest in the Silberfeld CMC Cemetery following the service.

In lieu of flowers donations can be made in Dick’s honor to Canadian Foodgrains Bank.

To order memorial trees or send flowers to the family in memory of Diedrich (Dick) Friesen, please visit our flower store.