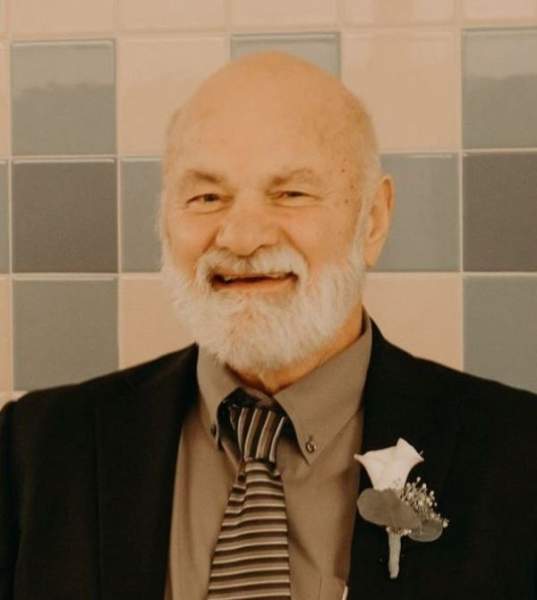 It is with great sadness that we announce the unexpected passing of our dear husband, father, grandpa, son, brother and friend, Dennis Plett, age 67, on Monday February 21, 2022 at Ste. Anne Hospital in medical solitary confinement.

He was predeceased by his father Andrew, sister Naomi, brothers Allan and Vern. As well as his parents-in-law, Abe & Anna Plett, whom he took care of often, two brothers-in-law and one sister-in-law. We cannot forget his loyal canine CoCo, of 16, years who was always found on his lap or against his chest.

Dennis was the 5th of nine children born to Andrew and Minna Plett on December 12, 1954 in Namiquipa, Chihuahua, Mexico. He said he would always remember his 9th birthday because the family crossed into Canada and he got a birthday cake. The family lived in Blumenort, MB as well as on a farm in Arborg, MB. Dad would brag how he could drive tractors at 5 years old, which did include flipping one at some point.

He started schooling in Mexico and finishing off in Arborg, MB, but he was "smarter than everyone else" so he quit halfway through grade 11 and worked hard the rest of his life.

Dennis had an incredible life here on earth and to cover it all we would be here for hours. From living in multiple different places such as Burns Lake, BC. Alberta, Texas, Mexico and good ole friendly Manitoba.

He traveled everywhere across the USA, Mexico, Belize and Canada. He was a trucker for 40+ years driving as an owner/operator and a company driver, with over 6 million accident-free miles. His Peterbilt was a huge pride & joy, always ensuring his rig was clean. Some of the companies he worked for included PBX, Reimer Express, Diamonds, Penner International (Dennis was the first owner operator at the company in 1988), Arnold Brothers, Oklahoma Tank Lines, All Temp, JP Transport and finishing his journey with Terrain Transport.

He married his beloved Rose on December 7th, 1996. They just celebrated their 25th wedding anniversary at a good ole Petro in Rochelle, IL.

Dennis was a man of great faith. He was never short to encourage or pray over you. He was baptized upon confession of faith on June 14, 1998 and continued to the run the race set forth before him well.

Dennis enjoyed western movies, watching wrestling on Friday nights when he was home, playing solitaire and reading. He was an avid sports fan whether playing sports himself in his younger days or watching. He was also a great supporter of Dale & Tanya in their hockey careers or Dale's baseball. As a dad, he took great pride in his children and their accomplishments taking the opportunity to brag of them often.

His first car was a ‘72 Charger which he wished to this day that he never parted ways with and passed that love for muscle cars down to his kids.

He loved organizing and attending extended family reunions whether in Mexico, Belize or Canada, and often found himself being the "trichmaucha" or trying to outdo cousins with who could carry the most feed bags up a warped plank of wood.

Although he had health issues throughout life and was often in pain, or even escaping many close calls, he made the best and most of every moment. The greatest let down to him was after surviving open heart surgery only a couple weeks after Tanya was married in 2018. He began losing his eyesight which cost him his livelihood but he became the absolute best, hardworking partner with Rose as they continued trucking on.

He was the greatest story teller alive, the same story could be told multiple times and it never changed. If you met Dennis, you left knowing a story. And he never shied away from making friends. It usually took a story and it would be as if they had known each other their whole lives.

From Dennis' perspective, he is dancing and jumping for joy in Heaven and despite our perspective of great sadness and grief on this earth, we cling to the hope of eternal life bought by Jesus' blood where we will get to see Dennis again. I am sure he is putting the streets of gold to work with 18 wheels, driving a pre-emissions Peterbilt.

The family would like to extend their appreciation to Dan Ritchot, Casey Irwin, JP Lanouette, Frank Lanouette and Owen Lange for taking Dennis & Rose into their rental home in Ottawa to give them a place to rest. To Trista, who took the time to sing to and with Dennis in the truck, an absolute beautiful moment. To Robert Dik, a fellow Terrain Transport driver for stopping to help mom on the way back from Ottawa when she was feeling the weight of the world on her shoulders. To the trucker brothers and sisters for holding the line and leaving no one behind. And to the strangers who loved Dennis so deeply in the last 3 weeks of his life and have come alongside the family for support. A heartfelt gratitude to Terrain Transport for all the support and the opportunity to fight for our freedoms in Ottawa, it was an honor. Thank you all from the bottom of our hearts.

Dennis spent the last 3 weeks of his life fighting for the rights and freedoms to allow family to be with loved ones passing and although we could not be with Dennis in the hospital and especially when he took his last breaths, we know he wasn't alone because Jesus was with him. Our Dennis knew everyone and now everyone will know him. Well done, good and faithful servant!

A come and go viewing will be held Friday, March 4, 2022 from 6:30pm-8:30pm at Cornerstone Bible Church. The memorial service, livestreamed, will be held Saturday, March 5, 2022 at 11:30am with viewing an hour prior to the service at Cornerstone Bible Church, 290 First Street, Steinbach, MB. Pastor Chad Wiebe will be presiding. If you are unable to attend the family invites you to join them through livestream.

Interment will take place at the Blumenort Cemetery followed by a reception at the church gymnasium.

In lieu of flowers, donations can be made to help cover the cost of the funeral and support Rose going forward.

It is for freedom that Christ has set us free. Stand firm, then, and do not let yourselves be burdened again by a yoke of slavery. - Galatians 5:1

To send flowers to the family in memory of Dennis Plett, please visit our flower store.