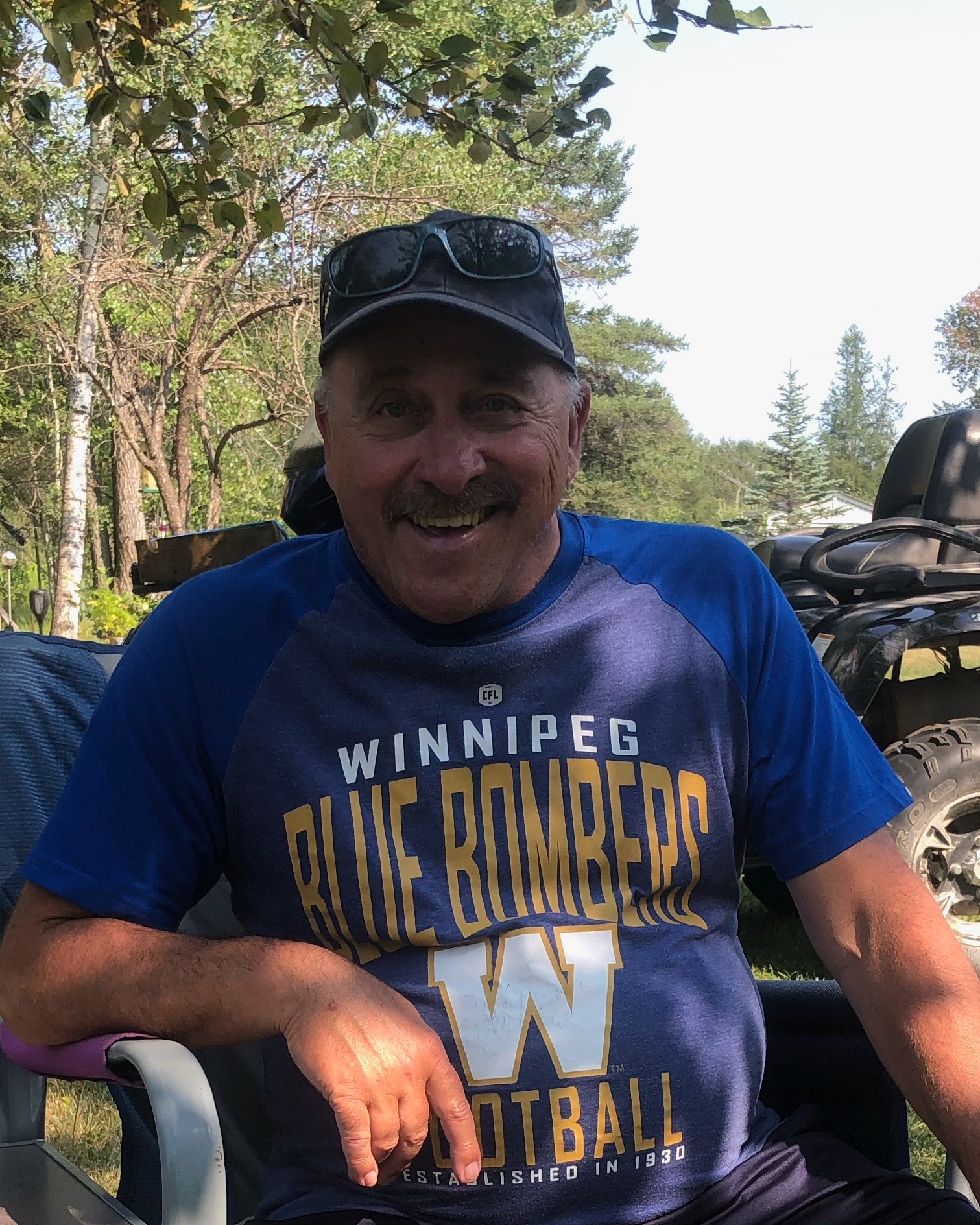 Dennis is predeceased by his sister Shirley Allen, and parents Andela and Peter Illchuk.

Dennis was the most kind and gentle man, he was the epitome of simple, uncomplicated living and did not need much in life to be happy and content; the view of nature from his home, the love of his spouse, good company from neighbors, laughter of his grandchildren, the sound of trains, nightly TV watching hockey and various sports, especially his Toronto Maple Leafs, strong coffee in the morning and a cold drink at night.

He had worked at Maple Leaf Foods before being diagnosed with COPD in 2017.  This gave him the chance to retire and spend the rest of his days in the place he loved tremendously, Carrick, Manitoba.

Meeting Sharon in 1994 changed his life, the love of a special woman who took care of him. He was treated like gold; she cherished the little things as he did. They found their missing pieces together and built a happy life.

Dennis lived for his beautiful daughters, Aimee and Tracy. Each day was an adventure, extremely memorable, exciting and full of love. He made every moment spent with them real quality time, in both their childhood and as adults. He often reminisced and was very sentimental of Carrick Days, quadding, Carrick Hill tobogganing, playing cards, playing catch, street hockey, bonfires, exploring for old bottles, coin collecting, snowmobiling and skating on the beaver dam with Jason, Jennifer and Riley. Dennis was a big kid at heart, you could always find him playing activities outside with the kids. Known as fun Uncle D.

He easily made strong and ever-lasting friendships because of his caring genuine ways. The past number of years he looked forward to his daily phone calls with good friend Darryl Yeryk. He had a strong community bond in Carrick, surrounded by many people young and old, where friends became family. It was his whole life. A peaceful place, his soul place.

The family would like to give special thanks to the Volunteer Woodridge Firefighters, Cst. Bunn and the paramedics who performed CPR tirelessly on Dennis that fateful morning. Thank you to Crossings Funeral Care for their care and support, also to Rod + Wendy Yeryk for helping Sharon that morning. We do truly want to thank you for your efforts.

There will be a Celebration of Life for friends and family beginning at 2pm on Sunday, July 2nd, 2023 which would have been his 65th Birthday. Please bring your fond memories to share in Carrick, MB.

“A person’s own family is, without doubt, the greatest wealth that we will ever possess. Treasure every moment and take the time to ensure that the story you create is one that you will be proud of and look back on with a huge smile “

To send flowers to the family in memory of Dennis Philip Illchuk, please visit our flower store.