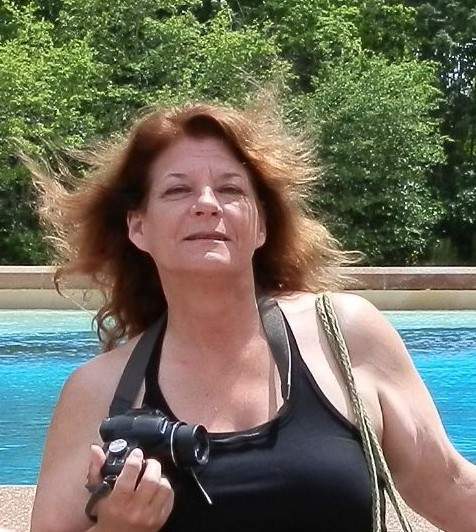 lt is with broken hearts that we say goodbye to our beloved Deana Mae.

For a year and a half Deana fought a valiant battle against that devastating disease cancer, until August 18th when she could fight no more. She found her peace at last. Deana was 62.

Deana will be remembered for her love of nature, animals, rock collecting and always being in bare feet! She never wore socks. even in the winter! Feet like leather as someone once said. Deana always had her camera in hand and loved to photograph her grandchildren, and everything else for that matter.

Deana lived in Thunder Bay, Kenora and Winnipeg, but she truly found her heaven when she moved out to St. Labre with her love “Bushman" Bob. Here Deana was surrounded by trees, flowers, ponds, wildlife and their numerous pet dogs and cats. It was a shutter bugs delight and her idea of paradise!

She served the community which she lived in as a Home Care worker for 20 years. Deana was fortunate enough to have her palliative care at home surrounded by her family and pets. Her husband said “You know the saying that doctors can sometimes make the worst patients, weIl, so can home care workers!”

The family would like to thank the doctors and staff at CancerCare Steinbach and Winnipeg for their kindness and compassion.

As per Deana's wish, services and interment will not be taking place at this time.

To send flowers to the family in memory of Deana Mae Holt-MacDonald, please visit our flower store.