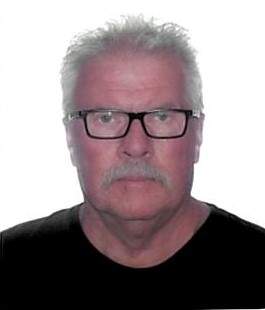 On Friday, November 5th, 2021, at 4:44 pm at the age of 72, Cork passed away with his family surrounding him through technology.

He is survived by his wife Sara, 3 children - Dion (Carla), their children Ali, Zion, Hanna, Jessa; Charla (Bill) their son Theryn, (and his special friend Abbey); and Clint (Melissa).

He also leaves behind his brothers; Curly (Erna) and Jake (Lucy); his brothers-in-law Wayne, Ed (Mona), George (Janet), Dave (Shirley) and Leonard (Marilyn). He also leaves to mourn many nieces and nephews and their families.

Cork was predeceased by his parents, Corny and Mary Martens, his brother Bill, and a niece in infancy.

Cork, in his younger years was a guy who loved life and sometimes seem to get into trouble.  Of course, nothing was ever meant to be hurtful or mean but he had a sense of “humour” that got him sitting in the back of a cop car on several occasions. Like the time, him and friends pretended to be cowboys and did a western shoot out in the middle of Main Street in Steinbach. It was very funny until the red bubble showed up. The cop would get out of his vehicle and say “Martens - backseat!!” Cork had many stories that he liked to tell, and when he would tell them it was like he re-lived them all over again. Good times! Cork also loved fishing, spending many weekends fishing with Curly at his cabin. He also loved hunting - the good old 17!  Other hunting trips included northern Manitoba for Caribou, Wyoming for mule deer and antelope. Cork also hunted out west for years with his brother and his brothers-in-law as well as Dion and Bill. He enjoyed a couple of fly-in moose trips as well.

Cork loved food. Some special foods that he really liked were, tapioca pudding and pumpkin pie. Both of which Charla made for him on many occasions. Cork seemed to only like his mother’s pumpkin pie, so we seldom hit the mark when we made pumpkin pie. Charla remembers that on for sure one occasion, his comment was,” just like my mom’s”!

Cork started his working career as a mechanic, and then went into trucking at Barkman Concrete, where he eventually went into sales. He loved that job, especially when he was driving and visiting with his contacts. In the office he had to learn computers. This new technology wasn’t his thing! He hated computers! After Cork took the computer course, he often said that the only thing he learned was how to turn it on and shut it off. To this day he still used the old-style flip phone - it is what he knew and that’s what he was sticking with.

During the years that Cork worked at Barkman Concrete, he also became a hobby farmer. He raised beef cattle, chickens, turkeys, ducks and pigs. We all became a part of his dream to make it happen which brought so much life to the farm.

When he retired from Barkman Concrete he went into building houses. He built approximately 10 homes. After Clint moved to the U.S.A he came out a couple summers to build with Cork. It was always such a highlight to Cork to have Clint come home. Cork’s last job was driving for KK Penner. He loved this job. On the morning of October 20, Cork woke up at approximately 4:30 AM. while he was getting ready for work, we had a short conversation and then he was off to work. The call came shortly after 8 AM that Cork had been in an accident. Cork was taken to the HSC with many injuries. Once Cork was settled at HSC - he and I had a phone conversation. Cork clearly remembered our conversation in the morning, also going to work, doing what he needed, to leaving for the day. He said to me after he had left KK’s, he doesn’t remember what happened leading up to the accident. There are some things that we may never know, which leave questions in our mind. Once Cork was in the hospital everything went from bad to worse resulting in his passing. One thing we know as his family, Cork was never alone, God was with him.

This story is very condensed. We are so sorry to have lost Cork. We thank all the nurses and the team for caring for him.

There will be a private family celebration.

To order memorial trees or send flowers to the family in memory of Cork Martens, please visit our flower store.