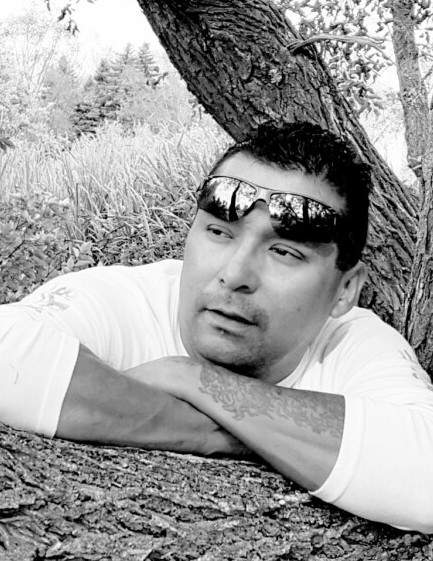 It is with heavy hearts that we announce the sudden passing of Clifford Ian Tuesday; loving husband to Annette, and devoted father, on Sunday August 16, 2020.

Clifford will be deeply missed by his loving wife of 10 years, Annette, his children Gage, George, Landen, Jaden, Nika and Ally, his mother Rose Marie, his sisters Sherri, Shelly (Mike), Annemarie (Wayne), his brother Clifton, as well as his nieces, nephews, aunts, uncles, cousins and friends.

Cliff was born on March 19, 1974 in Emo, Ontario, he is of the Lynx Clan. Cliff grew up in Big Island First Nation, were he became an avid hunter and fisherman, skills he learned from his father Clifford (Sr).

He started his career early on as a commercial fisherman, on the Lake of the Woods. Cliff worked in various construction trades, as a house framer and commercial building construction. He obtained his class 1 license and began his career driving a concrete mixer truck in 2013. He was employed with Lafarge Canada, as a driver and recently switching to a batch operator within the company.

Clifford met the love of his life, Annette and one year later they married in 2010, they were blessed by the birth of two sons in 2011 and 2012. Cliff was a man of good character with a great sense of humour, he enjoyed laughing with his family and friends, some who knew him as “Boogie”.

Cliff’s love for the great outdoors was evident, but his love for his family was greater. Together they enjoyed biking, jogging, camping and fishing.  Cliff’s spirit will live on through his family who miss him dearly.

A private Celebration of Life will be held on Monday, August 24, 2020 at Crossings Funeral Care, followed by a traditional service in Emo, Ontario.

To order memorial trees or send flowers to the family in memory of Clifford Tuesday, please visit our flower store.