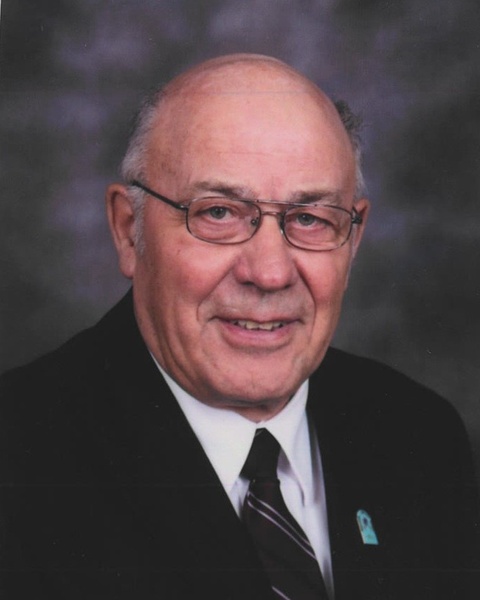 With broken hearts, the family is very saddened to announce Claude Perrin’s passing after a brief illness on August 27, 2022 in Richer, Manitoba in the presence of his daughter Gisèle and her husband Steve.

He was preceded in eternal life by his wife Louise (née Girard), his parents Tobie and Léona (née Neault) Perrin, all of his brothers and his sister: Philippe (Lucienne), Bernard (Doris), Guy, Ulric, Denis and Lucille Reed, his father and mother in-law Emmanuel and Gabrielle (née Verrier) Girard, his in-laws Huguette Girard, Roger Girard and Jules Côté.

During Dad’s 86 years, he was first and foremost a hard-working and a caring person. He had to quit school in his teens and help raise his younger siblings which probably developed and fostered his caring nature. He was always compassionate, kind and friendly; always willing to lend a hand to anyone who needed it. He took pride in his many jobs: he was an excellent diesel mechanic, drove a school bus for 27 years and farmed for most of his life. He was very good at fixing things and could be found tinkering in his garage or on the Perrin homestead. He was fun-loving and loved to tease. He travelled with his beloved Louise across Canada and to United States. He was a devout Catholic which gave him strength through his life till his last breath. He lived his life whole-heartedly according the four teachings of the Knights of Columbus, where he became a member of the 4th degree. He served his community and the church on countless occasions. His family was so important to him, as he accepted everyone into our family. He took much joy in watching his grandchildren grow up as well as their own children. He is now reunited in eternity with Mom.

We invite you to join our family in honouring him on Saturday, October 1, 2022, at 1:00 p.m. at Crossings Funeral Care, 12E–40 North Gate Drive in Steinbach, Manitoba or feel free to view the service via livestream.

Those who wish can make a donation in Claude’s name either to the Villa Youville or to the Ste-Anne Catholic Church.

Cremation has taken place and his ashes have been added in the urn with Mom’s and will be placed privately at the Glen Lawn Mausoleum at a later date.

Family and friends may sign a book of condolence online at Desjardins Funeral Chapel.

To send flowers to the family in memory of Claude Perrin, please visit our flower store.