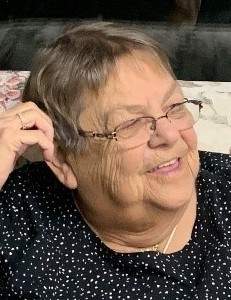 Peacefully with her family by her side Beverly Lynne passed away at St. Boniface Hospital on August 25, 2021 at the age of 70. She was predeceased by her parents, Robert and Edith Coutts; in laws, Joseph and Georgina Nix; brother-in-law Gerry Bisson and sister-in-law Marlies Nix.

Lynne was born January 24th, 1951 in Winnipeg to Robert and Edith Coutts. Her Dad was in the military and the family moved around a bit before settling in St. James. Lynne was the second oldest of the family and enjoyed helping her mom with her younger sisters. On November 30,1974 she married Gregory Nix. Together they had two children, Lindsay Ann Mary Nix born on March 25th, 1982 and a son, Christopher Robert Nix born on October 21, 1986. Lynne loved being a mother. Both of her children have fond memories of summers at Victoria Beach. The family spent many days driving around Manitoba finding the perfect ice cream spot. Lynne was employed by the Winnipeg School Division for 25 years. She loved working with kids. She also built many close relationships with her coworkers. On January 12th, 2016 the greatest love of her life, her grandson Joseph Davidson Nix Fetterman was born. She only had 5 years with him but they were years filled with love. The most important thing to Lynne was her family. She always told her family how much she loved them. Her life wasn’t without set backs. Lynne was honoured to receive a living kidney donation from a close friend Debbie. To say that Lynne was a fighter is an understatement. She did whatever she had to get more time with her children and grandson.

A funeral will take place on September 15, 2021 at 2PM at Crossings Funeral Care, 12E – 40 North Gate Drive, Steinbach, MB. Due to COVID restrictions the funeral will be by invitation only. The service will be livestreamed .

In lieu of flowers donations can be made to the Kidney Foundation of Canada, Manitoba Branch.

The family would like to extend their appreciation to the staff at St. Boniface 2nd floor ICU for all their kindness and compassionate care.

To order memorial trees or send flowers to the family in memory of Beverly Nix, please visit our flower store.