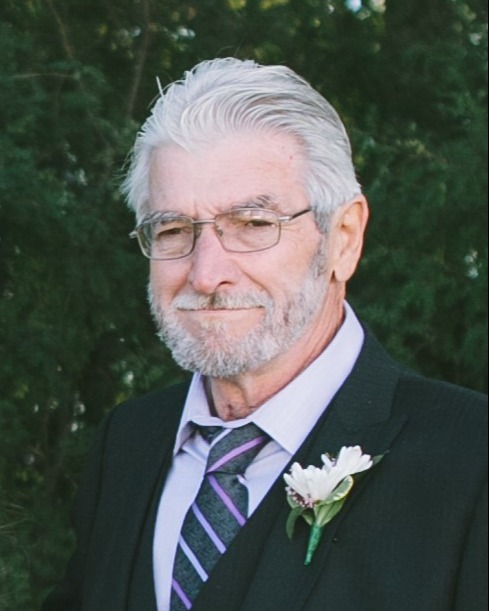 Born in Gravenhurst, Ontario on February 17, 1947 to Maurice & Pearl LeMay (nee Tyron), Al grew up with his seven siblings, and went to public school. He worked various jobs in the Muskoka region, including masonry work with his dad and brothers.

Al moved to Winnipeg in 1967 with a friend to get a fresh start and found work as a courier driver. In 1968 he married Valerie Nault (“Val”) and the following year their first child arrived. By 1974, their home held five little ones. He moved the whole family to Gravenhurst in 1976, and then back to Manitoba in the winter of 1980/81 to be closer to Val’s parents after her dad’s heart attack, and to drive truck for his brother. The family settled in Grunthal and his children still live there today.

Autobody has been Al’s predominant occupation for most of his life, starting in Winnipeg in local shops, backyard shops in St. Boniface and Gravenhurst, and various forms of body shops in Grunthal, until he was finally able to build his very own shop together with his sons. The life of autobody was interrupted by a 5 -6 year stretch of long-distance truck driving in the early 1980s.

The move to the house he built from reclaimed barn lumber, (and the actual moving of the house) to the 80 acres south of Grunthal in 1989 marked a period of relative stability for Al; finally owning land, a house, and his own shop. Despite a house fire, and then later a fire that destroyed the original shop, Al & Val lived and worked there until around 2010, when they began to make the transition to lake life at Riverside Campground in Lac Du Bonnet.

At the cottage, Al could spend time closer to the water and fishing, which was by far his favorite thing to do. There were plenty of friends around, and there was always someone dropping in to visit. He continued to tinker with old cars and various creative projects, and built another shop to do that work, even as health began to slow him down. It was common to find Al surrounded by friends, cold beer in hand, joking, telling stories, and going on about whatever was wrong in the world on that day.

Al definitely had his own way of doing things and was not shy about telling people why they should do it his way. He was often the largest personality in the room, yet was very shy in front of an audience. He attracted people to him, and often those people needed someone to give them a chance. Al was generous to a fault, loyal to a fault, and persistent to a fault. He would sometimes do the wrong things but for the right reasons. In his own way, family was most important to him, and no one mattered more to him than Val, his wife of nearly 55 years. He was incredibly proud of the success of his children and grandkids, even if he struggled to express it.

His health challenges in the last few years affected his mobility, and made visiting difficult.

Progressively worsening lung disease led to an ambulance ride and a weeklong stay in hospital. The exceptional staff at Selkirk Regional Health Center kept Al comfortable to the end as his body continued to fail him. The family maintained a rotating vigil, and at 9:11 pm on January 20, his breathing gradually slowed and then stopped.

Al was predeceased by both of his parents, four brothers, and his second son, Danny.

A Celebration of Life will be held at 11:00 am on Wednesday, January 25, 2023 at Crossings Funeral Care. For those unable to attend in person, the family invites you to join them through livestream.

To view the livestream, please select the link here.

In lieu of flowers donations may be made in Allan's memory to the Selkirk Regional Health Centre.